"Born in The "Strawberry" Manors, somewhere in the Del Paso Heights in 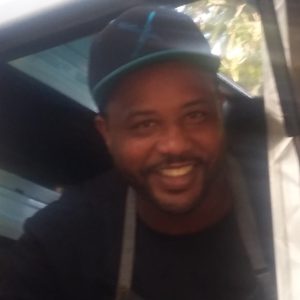 For the first 12 years of his life, Cecil lived in the "Strawberry" manors before his parents made the decision to move to West Gate, in a newer Sacramento development, for a better life.

Starting from humble beginnings and after trying out several part time jobs including pizza delivery driver, a truck loader and working in receiving at a department store warehouse he secured a job in a small, quirky Bistro style Restaurant working the "pantry" station. The restaurant was run by two eclectic men with a fiery tempers but great sense of humor, who frequently got over-excited and argued all around the restaurant. It was here, one day, when the other chef went out sick and the head chef took Cecil under his wing. Cecil picked this up quickly; sparking his passion for food and so began his culinary career. He found food preparation easy and developed a thirst to know more. So, after leaving community college, he decided to attend the California Culinary Academy (CCA) for a certificate in culinary arts.

It was through this program that the spark became a fire and the wheels of his career were set in motion.
Cecil’s career spans many fine establishments, from that fiery Midtown Sacramento Restaurant to the Fog City Diner, San Francisco, Sutro's at Cliff House , San Francisco. He opened Crush 29, Roseville, CA and then Executive Chef at Bella Bru Cafe, Carmichael, CA.

We asked Cecil to describe his cooking style. NEW AMERICAN SOUL: Staying true to my roots infused with the techniques I've learned through my culinary career. "I focus on sharable plates, vegetable options and classic American embracing seasonality." “Having always actively seeking out real cooking, whether modern, rustic or ethnic, my aim is to keep improving, learning and creating food that is well flavored, balanced and interesting." The market continuously changes but by teaching and staying true to how to make many old favorites I hope to inspire another generation of chefs to care about food. By learning and teaching how to cook with, and using ingredients that are or not so well known to coincide with this trend, is also one of my goals. The style of my food has always had a broad base to draw from, so I have always been evolving and developing.”
© 2017 Cecil's Taste
To Top